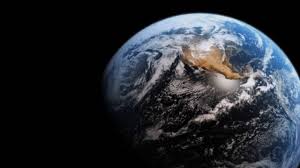 MAMA IS A MAD PLANET.

The first really tough decision I had to make as parent, came not long after the birth of my first daughter. Such an important decision, that very few of us are really qualified to make. To give, or not to give shots.

Despite the fact that I wasn’t a doctor, and had absolutely no medical expertise whatsoever, for the first time in my life I had to make a potentially life and death decision for someone who couldn’t make that decision for themselves. Although oblivious to the weight of all that was at stake, my baby girl was nonetheless counting on me and her mother to decide wisely.

To help complicate the decision even further, were the two people closest to me in my family—both of whom held completely conflicting points of view. My mother, who has been a RN since before I was born, and my sister, who is a chiropractor and a holistic wellness practitioner.

Naturally, after spending many years in hospitals, my mom believed without question, that vaccinations were crucial for ensuring the best possible health of a child. (Although she did concede that doctors seemed to be giving a lot more of them these days than they used to.) My sisters opinion was a lot more severe. She believed passionately that vaccines were the root of all that is evil, and not only refused to vaccinate her children, but believed the very act of vaccinating itself was somewhat akin to feeding a child rat poisoning. She sent me links to all sorts of articles “proving” that vaccines caused all sorts of health issues, and that they should be avoided at all costs. Although my mothers opinion was far less passionate, it seemed to stem from one simple belief. A belief in science.

Now that we live in the age of the internet, we all have access to a nearly infinite amount of information, covering every topic we can imagine. And with so much information, there is bound to be a plethora of conflicting ideas and opinions. We no longer can count on being able to find information that is simply true, we can find information to support whatever it is that we want to believe. A simple Google search can provide “evidence” to back any outlandish theory, no matter how ridiculous it might seem. These days you can even ask the internet if the Earth is flat, and you will be sure to find some article that will attempt to validate the argument that it is… This is a problem.

In the past few weeks, we have seen hurricanes, earthquakes, and natural disasters that have been labeled as “storms of the century”, or “once in a hundred year events”. We all know they have been happening, but there are a number of different theories as to “why” they are happening. While there is no denying that the planet has always had its share of natural catastrophes, it has become difficult to ignore that the frequency and intensity of these events has increased substantially over the past few years. Something is going on…

And just like vaccines, at some point all of us will need to make a decision. To not do anything, is to still essentially make a choice that can have grave consequences for ourselves, and the people we love. It is true that most of us can only rely on the information that we’re given, but isn’t that really the whole point? Who we are going to trust? The answer shouldn’t be a controversial one at all. We need to trust the experts—people who have dedicated their entire lives to studying one specific field, whether it be in the area of vaccinations or climate science—because the truth is, the scientists know more than you and me.

Virtually all of the experts have agreed that human activity is playing a role in global warming. Even if global warming was not a real thing, and human created emissions were not impacting weather cycles, there would still be plenty of other evidence to show we are damaging all of our natural resources, and in turn, our chances of long term survival. The water, the air, the forests, and the soil…. all of the things that sustain human life, are all being destroyed and polluted at staggering rates. If we do not start taking more drastic precautionary action to save the planet now, the future of life as we know it will continue to be at risk. This is something that we can not afford to take any chances with. For the possible exception of a few industries whose profits will be negatively affected, we have no reason not to become more vigilant in protecting the environment.

This isn’t something we can take for granted, leave to chance, or pray for. We need to act, and act wisely. Because once again, our children are counting on us to make the right decisions.