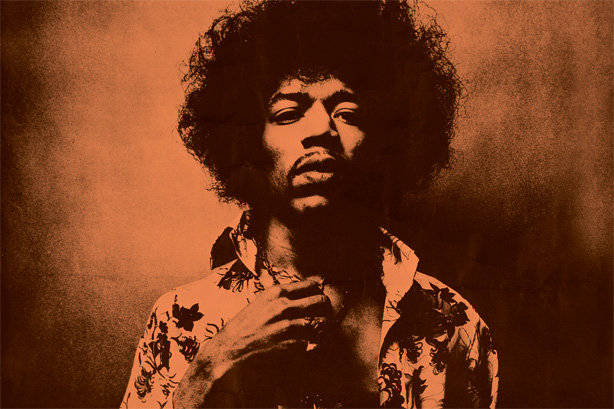 MY DREAM WITH JIMI.

Recently I had a dream where I was hanging out with Jimi Hendrix. It was sometime in 1970, not long before his death, and it was obvious that he was feeling a bit uninspired. When I explained to him that I had come from 2017, nearly 50 years into the future, he seemed completely unfazed by it—as if he had made contact with beings from different dimensions on a regular basis—then he just laughed and told me that time and space was just an illusion anyway…

After being subjected to some kind of strange haze that surrounded him, I started feeling a little weird and decided to bust out my iPhone to play him some music. Although I only got through a little Funkadelic, Van Halen, and some Bassnectar before he took my phone away and started playing Angry Birds—when I woke up I started to seriously nerd out on the idea, and tried to think of what really would have blown his mind.

If you had a chance to go back in time and play music for one artist, who would you choose? And what would you play for them? Bird for Beethoven? Gwar for Gershwin? James Brown for Blind Lemon?? Try to imagine your own little Marty McFly moment, and tell us what you would do!