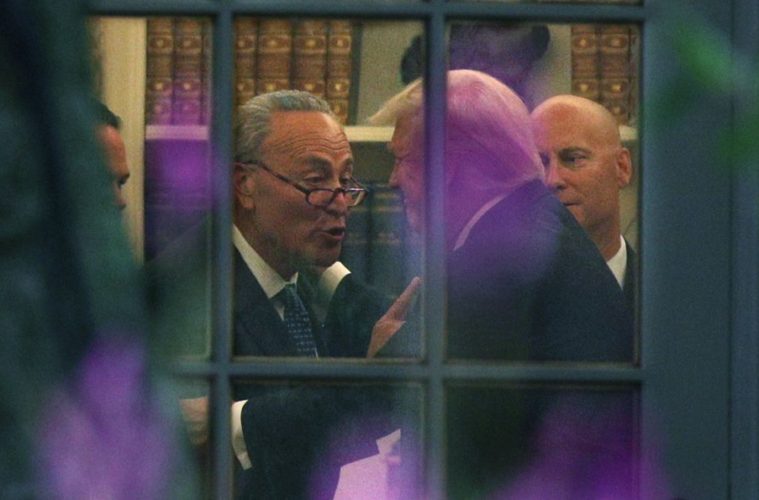 Donald Trump truly could make America great again. As unlikely as that may sound, it is not outside of the realm of possibility. Although most of would probably have a hard time agreeing on what actually motivates the POTUS, I think there is one thing on which we could all agree—Donald Trump wants to be liked. By everyone. While Trump is certainly not the first politician who has ever been driven by a need for validation, it is possible that his desire to be liked runs deeper than anyone else who has ever held such a high office. Under normal circumstances, it would seem that this need for affirmation, combined with the absence of any fixed ideology would be the very definition of ineffectual leadership. But in this day and age, these very traits could also be the key to healing the nation.

After recently showing he was capable of crossing the aisle by making the Harvey/debt ceiling deal with Pelosi and Schumer, he has proven that his willingness to be liked is not constrained by partisan politics. This could be a good thing… With just a little positive reinforcement, good publicity, and persuasion, these kinds of policies could give him the recognition for being the ultimate “deal maker” that he so obviously craves. Just like the problem child who just needs to be loved, a little good publicity from the “fake news media” could be the exact spark needed to ignite a transformation. It has been a while since the general press has fed him something to satisfy his addiction for good publicity, and with just a little more to whet his appetite, the possibilities are endless…

Convinced that the core supporters who comprise his base will never leave him, (you know, the ones who couldn’t be swayed even if he shot someone on Fifth Avenue), he is in a unique position to do something so unprecedented, so “huge”, that nothing like it has ever been seen before in the history of American politics:

Donald Trump could announce that he is becoming a Democrat once again.

Yes, it would be unimaginable for anyone else, but not for Trump. Regardless of the Republicans continued ability to win national elections, the truth is the majority of Americans still lean further to the left, than they do to the right. If he was able to bring over the majority of his base to the Democratic Party, he could in one fell swoop win over a good part of the country, and for the first time in his presidency, potentially obtain the support and the poll numbers he has always craved.

Of course not everyone would go along, on either side… but if you really break it down, what would he have to lose? Mitch McConnell and Paul Ryan would surely lose their minds, but when have they ever given him any love, or ever believed he was a “real” Republican anyway? It is obvious Trump has never really felt comfortable in the company of the right wing hardliners, they were just the only ones willing to buy into his brand of BS. Trump wants the admiration of the celebrities, the intellectuals, the elites—all of the people who have shunned him his entire life. This could finally be the way to obtain that. He could finally pursue the populist agenda he campaigned on in a way that wouldn’t be hindered by his allegiance to the GOP, or even the Democratic establishment for that matter. He could start talking about healthcare and infrastructure again in a way that we haven’t heard since 2016, and may even get the chance to bask in some of the love he has seen showered on Bernie Sanders.

Sure, there are things that he has done in the past, and throughout his presidency, that can never be forgiven, but with the firestorm he would create, they could potentially be forgotten—at least for a little while. Even I would be willing to turn a blind eye. He could even announce that this had been his plan all along, and pretend to be the political mastermind that he has always wanted to be seen as. If you really think about it, it seems like the most obvious thing in the world for him to do. Just think of it… Trump, the great uniter. It really is the only way to make America great again.